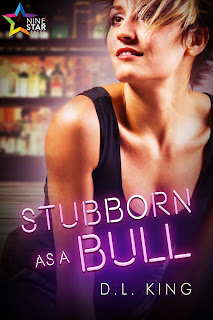 The story is about Kat, a bartender (think Shane from The L Word) and her exploits. Her best friend, Carla, wants to see her settled down and happy but Kat isn't at all sure that's what she wants. Enter Lil, a restaurateur. She's smitten--and kind of annoying.

Here's a little excerpt to peak your interest.